Come to the Snow goose Festival in Delta this month.

Each year millions of Lessor Snow geese make the trip between Baja Mexico and the Arctic Circle twice. They gather in large flocks and travel the 6,000 mile distance once in the Spring to go the nesting grounds, above the Arctic Circle, and again in the Fall to spend the winter in Mexico. 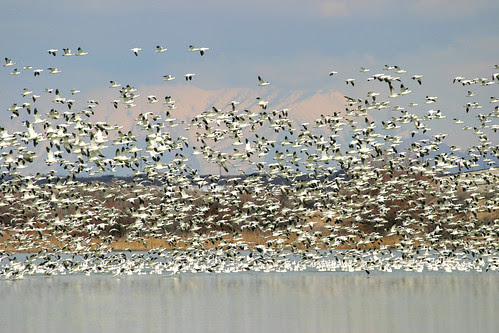 I remember a day over 20 years ago when I was standing in a snow storm in Delta, Utah on the shore of Gunnison Bend Reservoir photographing well over 20,000 snow geese flying over head. I still recall vividly the sight, the sound and the feeling as those beautiful white birds flew by and landed on the water before me. It is difficult to describe the spectacle as the sky is literally filled with honking, fluttering geese, all looking for a place to land on the water. I was awestruck by the teaming mass of life that was displayed so beautifully before me. 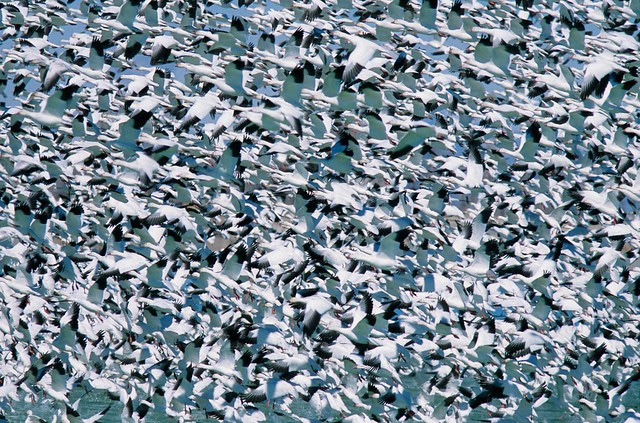 I turned to see if there was anyone else there. Almost unbelievably, There was not another human in site. I could hardly believe that something so incredible could happen with out anyone else to see it. No other witness to one of the most spectacular sights that I had ever seen. I was the only person to experience one of natures most magnificent displays. 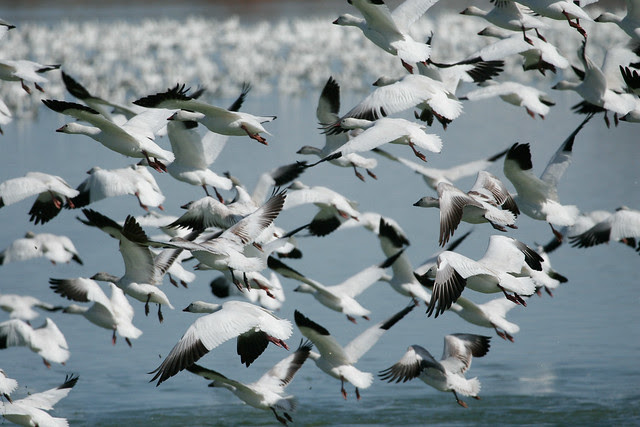 My excitement was great but somewhat dampened because I had only photographs with which to share what I had experienced. The event was so much more than just visual. This was a case where you truly had to be there in order to understand the magnitude of what was happening. You also needed to have some knowledge of where these geese had been and what they had been through before they got hear to really appreciate the spectacle before you. I was determined to somehow share the experience with others, many others. 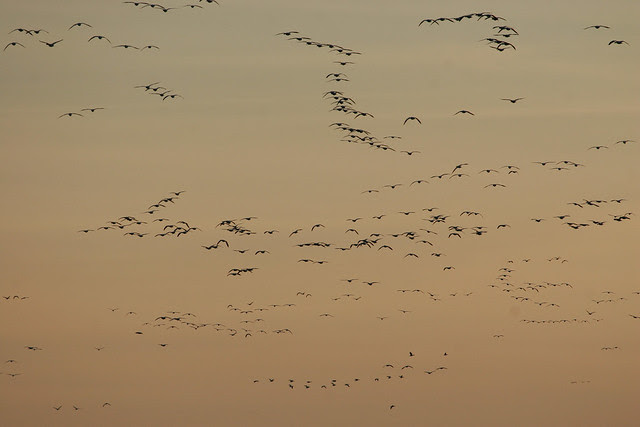 The annual migration of Lessor Snow geese, and their gathering at Gunnison Bend reservoir, is an event that happens every year and is as predictable as anything that involves wildlife. Each February, the city of Delta hosts the annual Snow goose Festival and now draws thousands of people to see the geese. 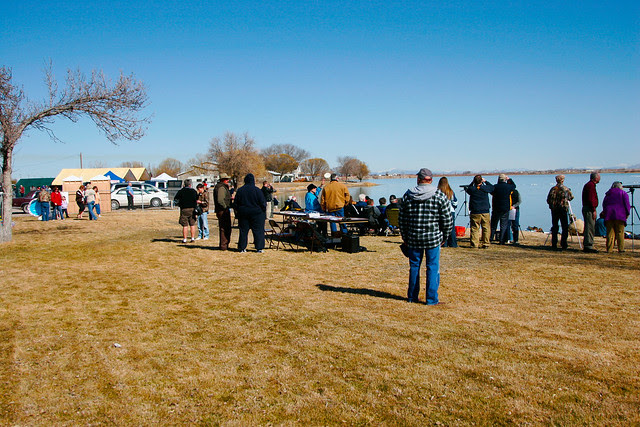 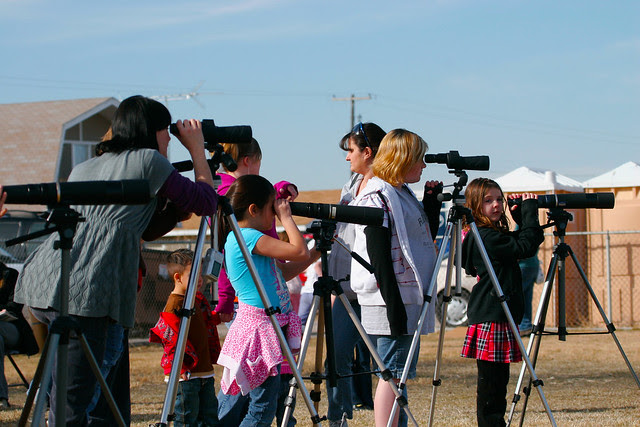 This years festival will be held on the 24th and 25th of February. I am always there and it still raises my heart rate to watch the geese fly in. It further enhances my experience to watch others find that same wonder and amazement that I felt on that snowy morning so many years ago. 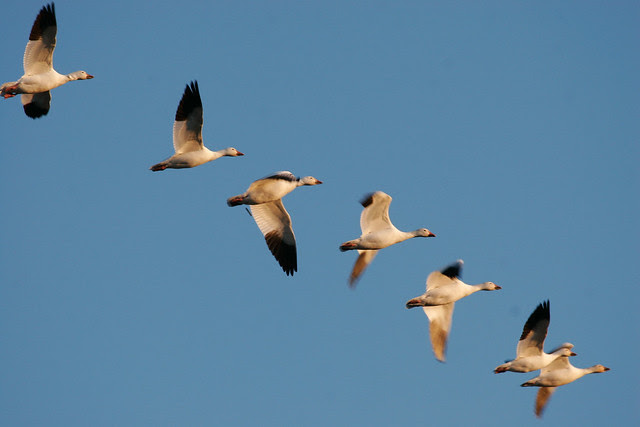 I had the chance to photograph a White-tailed kite in the Washington fields this evening. 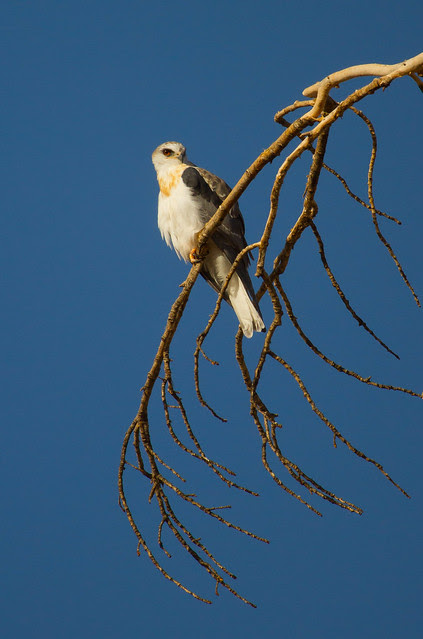 This is the first one that I have seen in Utah. They are usually only found on the west coast and around the Gulf of Mexico. 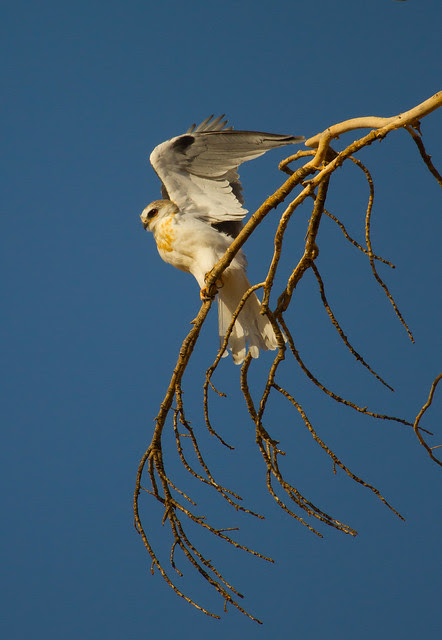 They grassy areas and feed almost exclusively on insects and mice. They were once a rare sight even in their range but have made a great comeback and are now fairly common. But not in Utah! 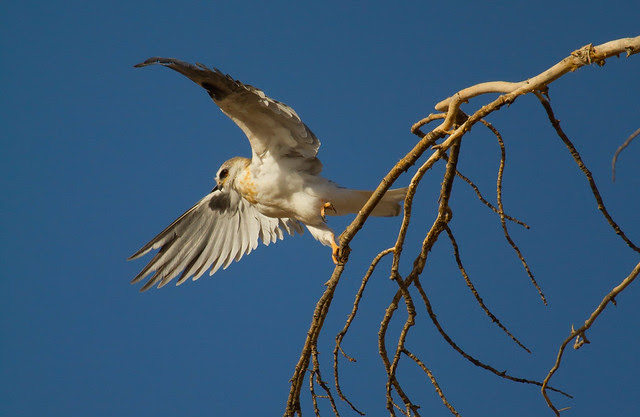 If you want to see it head for the Southeast corner of the Washington fields, around 2000 South and 3000 East. Look for the George Washington Academy. The field across the street can be productive. If you don't see it there drive around the area a little.

Hopefully you will get lucky like I did. Thanks to Rick Fridell for the tip.
Posted by Lynn at 4:59 PM 1 comment:

Had a great day photographing Mule deer on Kolob. 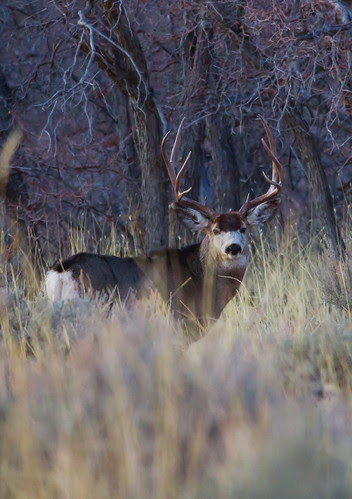 My very best friend Eldon Pierce got a new camera so we had to go try it out. We saw lots of deer and around 40 head of Elk. Evening is a great time to see some really nice deer right now. 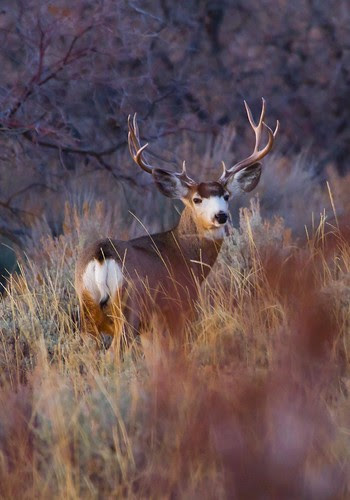 As you can see there are some excellent bucks out there. 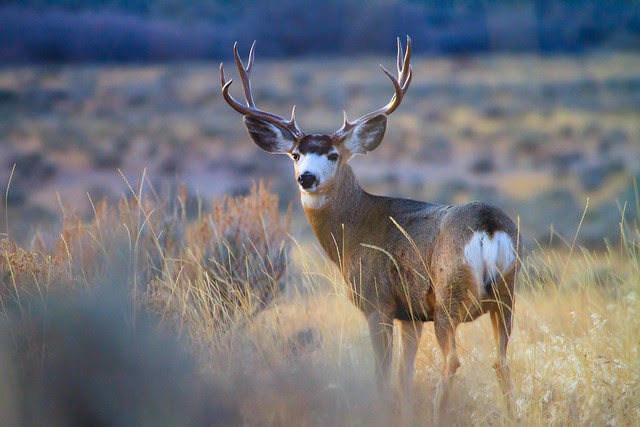 It was also great to see the Elk. I love to see them in Zion. We were not able to get close but they add nicely to the scenery. 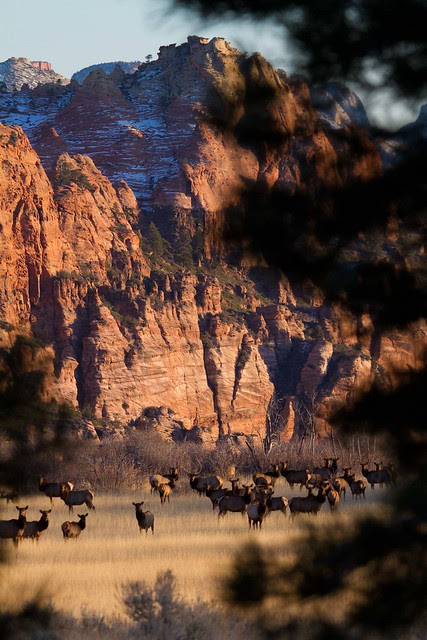 My wife, Kay and I, recently took a short trip to Great Basin National Park in Eastern Nevada. Most people go there to see Lehman's Cave but the main attraction for me is the exquisite alpine scenery. 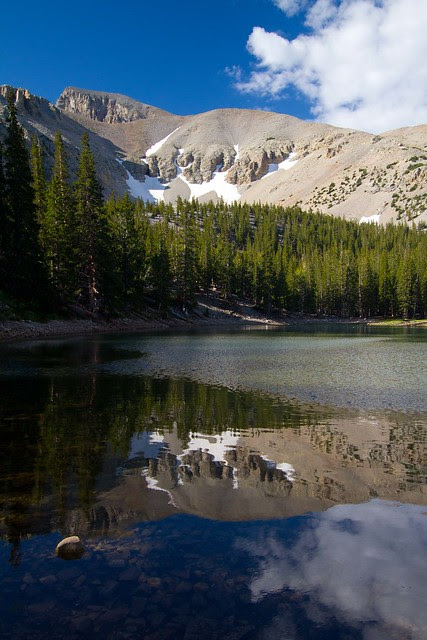 Wheeler Peak is the highest point in Nevada at just over 13,000 feet. There are two, glacier formed, lakes at the foot of the mountain that make great vantage points to photograph from. 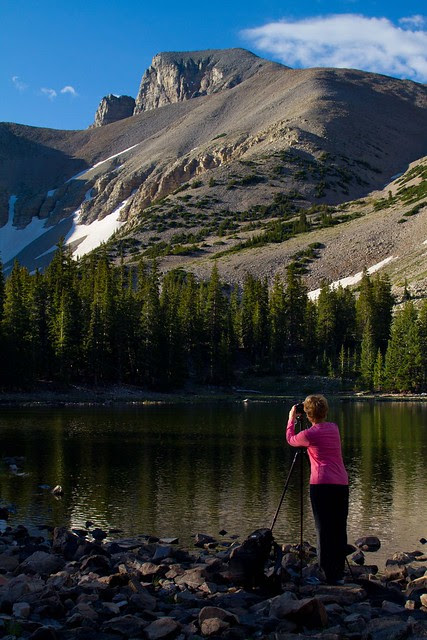 This is one of the few times in my life that I actually used a model (my beautiful wife) intentionally in my photos. The intent was to add depth and perspective to the images. 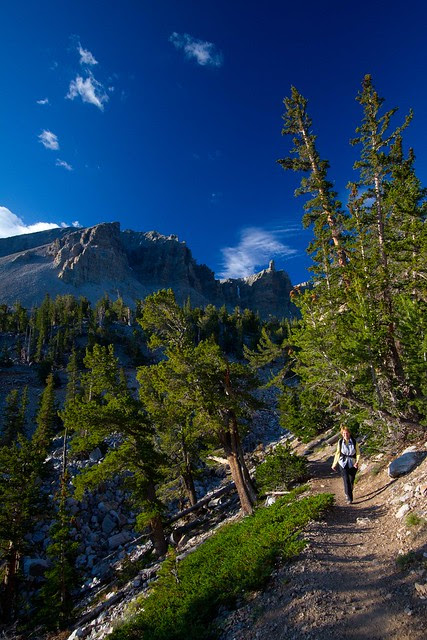 Along the trail you pass hundreds of Bristle-cone pines; the oldest living things on Earth. Some of them are 4,000 to 5,000 years old. 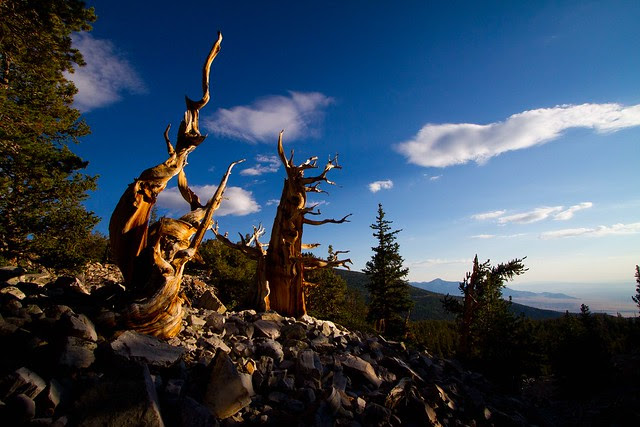 They are very photogenic against the deep blue alpine sky.
Posted by Lynn at 3:21 PM 1 comment:

Old photo of my father

My sister Karren had this old photo on her wall of my dad at the cabin. After I looked at it for a while I realized that it is my old Subaru in the photo and that I took it. Brings back a lot of memories. 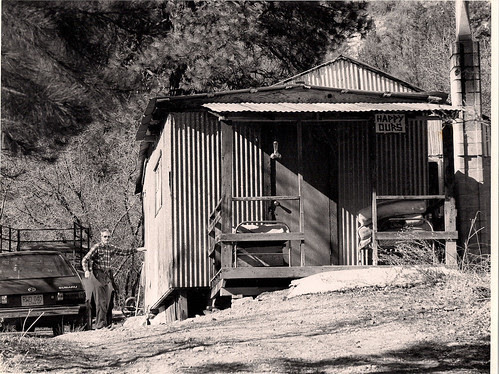 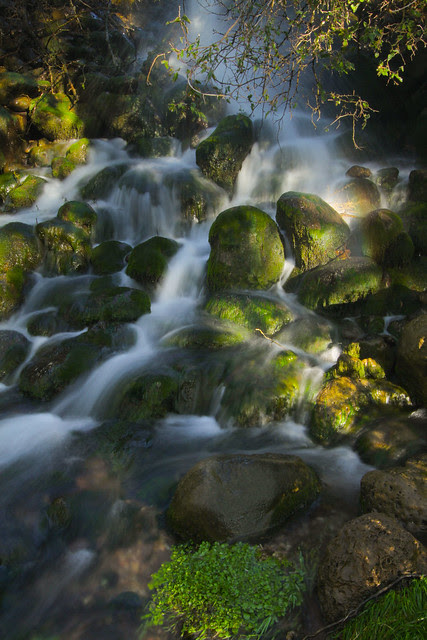 I thought I would share a few photos that I took on a self assignment a few days ago. My goal was to stay within 5 miles of my home. 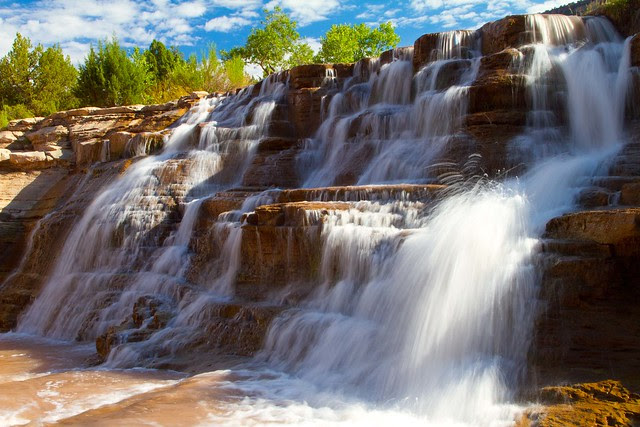 These photos were all taken with in the city limits of Toquerville, Utah, my home. A sub assignment was to make it not look like the driest area in the second driest state in the nation. 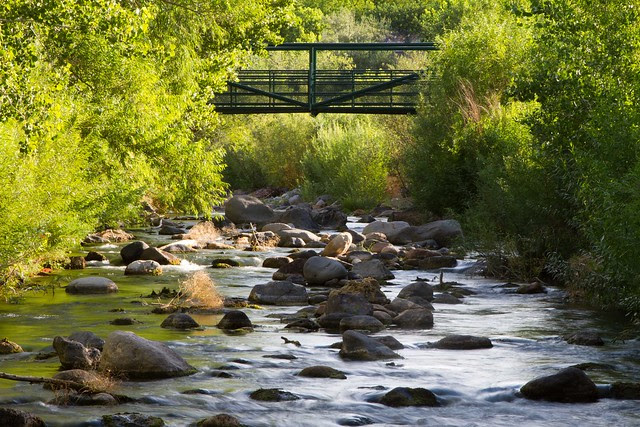 I think I pulled it off rather nicely. 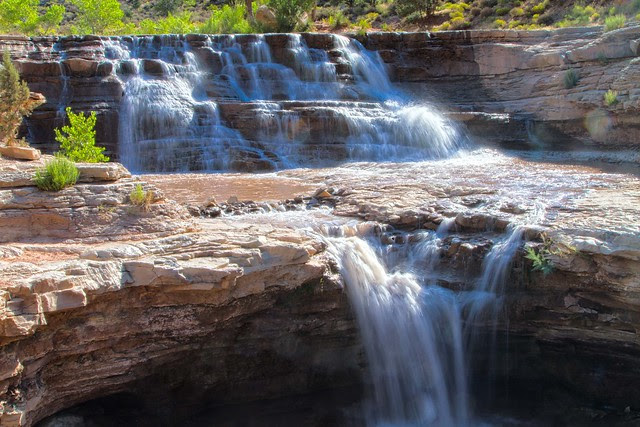 The photo above is an HDR experiment using some new software that I have come across. It is called HDR Express and works as a plugin for Lightroom. It worked well and is very easy to use. I am looking forward to more experimentation and will let you see the results when I get a chance.

I live in a beautiful place, don't I. 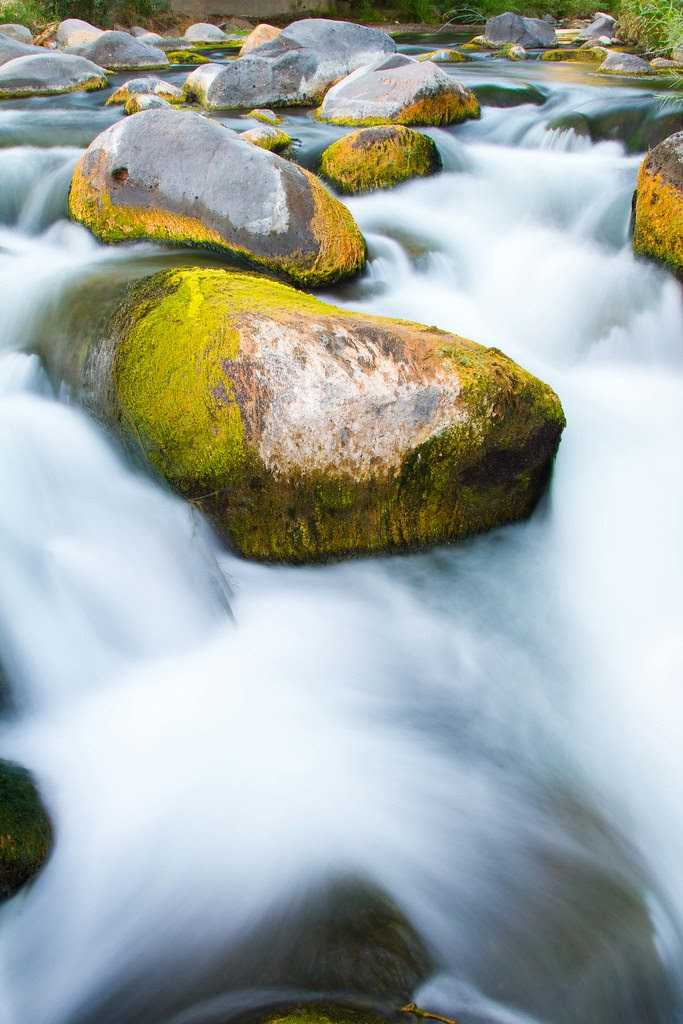 A chance to photograph a Ring-tailed cat

Everyone who knows me knows that I am a wildlife photographer. Most of them like to lend me a hand when they have a chance. Such a friend is Bob Olsen. 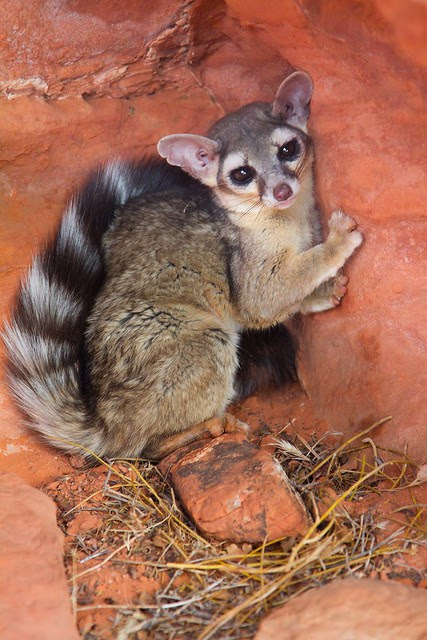 Bob lives in Toquerville, right next to Ash Creek. He has live traps out all the time in order to control the skunks and squirrels. A few days ago I got a call from Bob announcing that he had captured a ring-tailed cat and wanted to know if I wished to photograph it. Of course, I jumped at the chance. 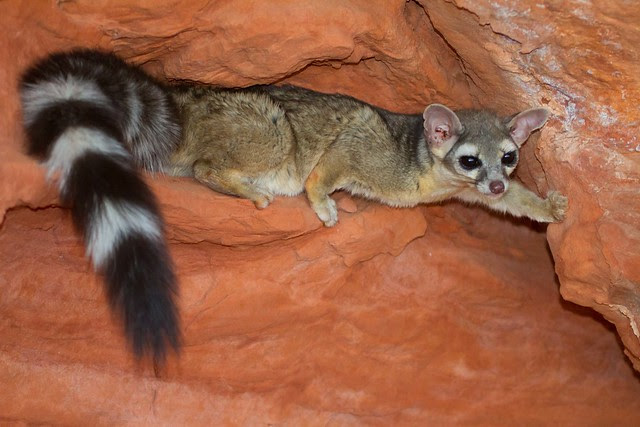 In the thirty plus years that I have been a wildlife photographer, I have only had a ring-tail in hand twice. They are actually fairly common in the southwest but are strictly nocturnal so they are seldom seen by humans. The wide eyes, whisker-covered face and long tail are all adaptations that allow this raccoon cousin to function in the dark. 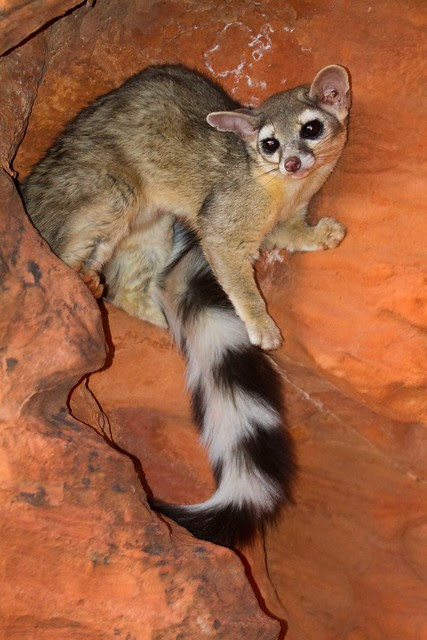 I ended up photographing the little guy in the fading light of evening. He was surprisingly calm and cooperative. My son Alex shot video while I was shooting stills. When we were finished, we just walked away and let our subject go free. I hope you like the images. 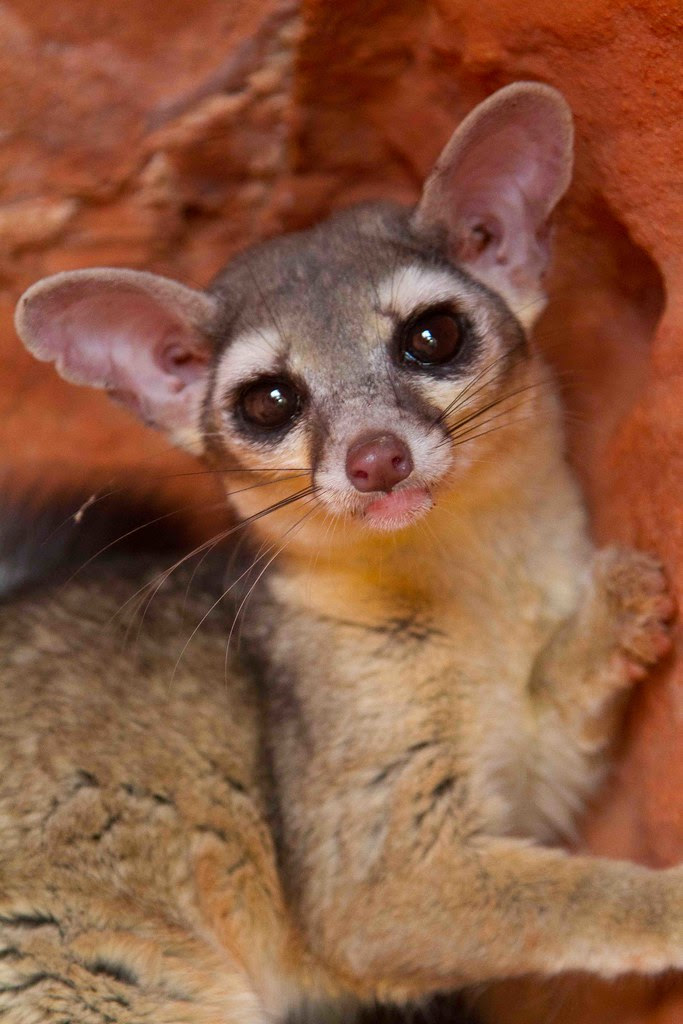